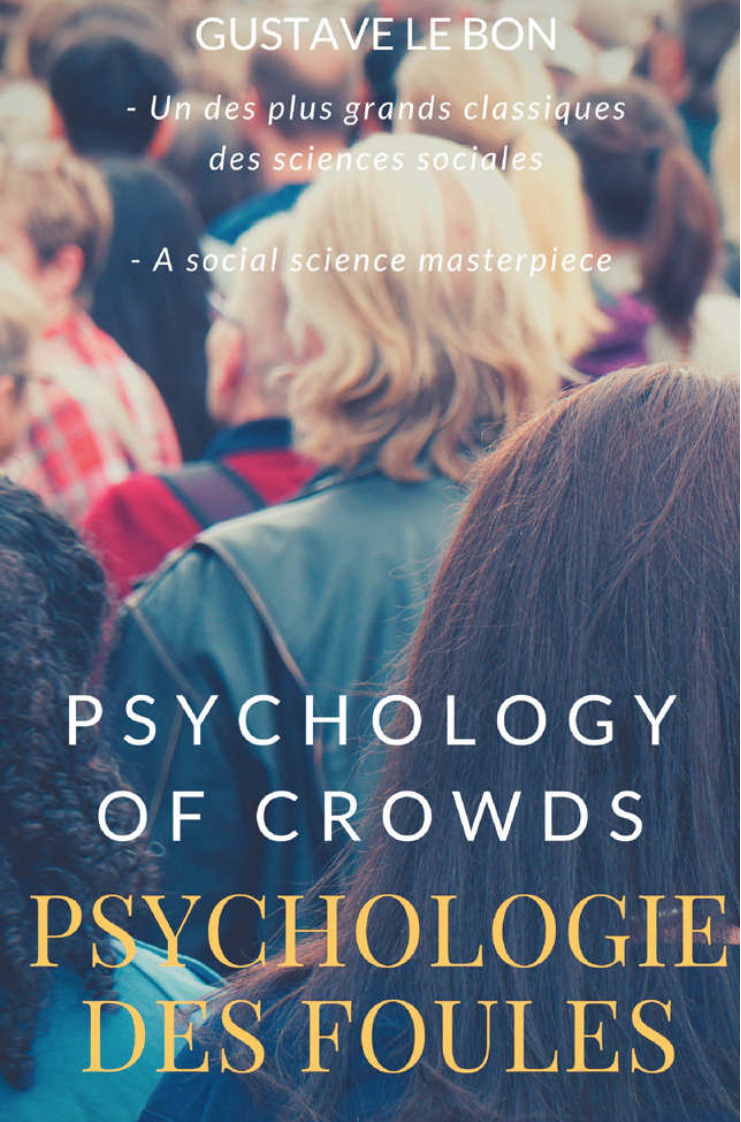 The Crowd: A Study of the Popular Mind (French: Psychologie des Foules; literally: Psychology of Crowds) is a book authored by Gustave Le Bon that was first published in 1895. In the book, Le Bon claims that there are several characteristics of crowd psychology: “impulsiveness, irritability, incapacity to reason, the absence of judgement of the critical spirit, the exaggeration of sentiments, and others…” Le Bon claimed “that an individual immersed for some length of time in a crowd soon finds himself – either in consequence of magnetic influence given out by the crowd or from some other cause of which we are ignorant – in a special state, which much resembles the state of fascination in which the hypnotized individual finds himself in the hands of the hypnotizer.”